The complexity of enumerating feasible coalitions of size k depends strongly on the topology of the network.

For example, if g is the complete graph, then there are {|N| choose k} such coalitions, which for the networks of say |N| = 256 and coalitions of size k equal to 4 or 8, gives rise to over 174 million and over 4E14 ways of forming S respectively.

On the other hand, for a 2−regular ring network, there are only |N| feasible coalitions of size k, since the topology constrains the composition of S to |N| consecutive index sets, each with a different starting vertex.

However, in most cases, even a small amount of density at the local level complicates the picture dramatically. For this reason, the modeller has a choice of whether to pre-build a library of coalitions for a given g and coalition size k or construct coalitions as needed at run-time. We demonstrate the latter method below.

As in shared intentions and social norms we enumerate a simple coalition formation algorithm. An important property of such an algorithm is that, given a randomly selected vertex, i, coalition size k, and graph g, the algorithm f: {i,k,g} → S_i should produce with equal probability any sub-graph S of all possible connected sub-graphs which include i, S_i. The algorithm below satisfies this condition. 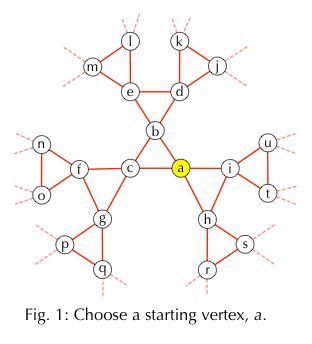 Step 2: Construct an adjacency vertex set to s, a ⊆ N\s comprising the set of adjacent vertices to members of a, which are not already in s. In Fig. 2 four such vertices have been identified, so set a = {b,c,i,h}. 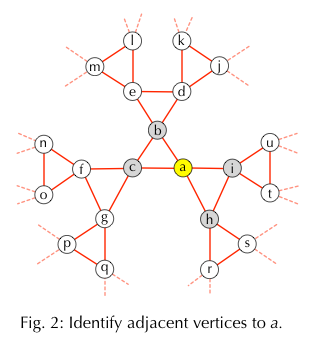 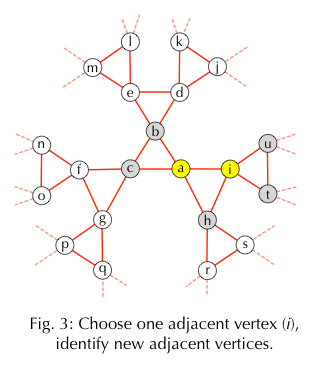